The Branches of Government and the Political Spectrum 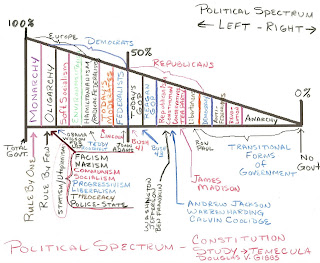 Newer Post Older Post Home
Subscribe to: Post Comments (Atom)
We the People have the duty to restrain government operating outside Constitutional boundaries. Discover your American heritage and birthright Thursdays, 6:30pm-7:30pm, for basic Constitution studies @ Faith Armory, 41669 Winchester Road, Temecula, CA.
Email: constitutionspeaker at yahoo.com. Constitutions handed out to all attendees. Join in the cause of preserving our God-given Liberty and restoring our Constitutional Republic. After all, if you don’t defend Liberty, who will?
Visit the Corona Constitution Class website at www.coronaconstitutionclass.blogspot.com

Articles on the Constitution from Political Pistachio